Arcos & Lamers Asociados entitles as well of a team of professionals with extensive experience in employment advice offering the following services:

Preparation of payroll and severance payment.

On Sunday 12th February 2012, the new Spanish labour reform went into force, which does not only introduces deep changes in the previous existing one but as well changes in the labour relationships between the Spanish employers, employees and Spanish Unions.

Spanish dismissal becomes less expensive for all types of Spanish labour contracts, and  some aid has been provided to dismiss employees with a high rates of absentee days. Contact the Spanish labour lawyers of Arcos & Lamers Asociados for initial additional information free of charge.

Large employees layoff  procedures can take place without the need of an agreement with the Labour authorities (Expedientes de Regulación de Empleos (E.R.E)) .

The Spanish Labour and Legal advisers of Arcos & Lamers Asociados settled at the Costa del Sol have the pleasure to set out below the main changes to take into account:

Spanish temporary employment companies are temporally authorized to act as private placement agencies as they have a wide network of branches throughout the territory and with extensive experience in the labour market.

Employees with more than one year of seniority will have the right to a paid leave of 20 hours for training activities whose content must be linked to the work position they have.

For new Spanish or foreign employees hired by a Spanish company and as per the new Spanish Law, the maximum compensation due to the employee as a consequence of  an unfair dismissal will go down to 33 days of salary per worked year, regardless of the type of contract, and with a maximum of 24 months. Of course this is applicable for new employees.

Possibility to create Spanish company agreements with the employees (convenio de empresas) having these agreements priority on those of the sectorial agreements, facilitating the modification of days, hours, wages and change of positions.

At the previous law, the considered unlawful dismissed employee had a right to receive salaries during the whole of the legal procedure in the event that a Spanish court case was started and until the Judgment did appear. From now on,  this right has gone away with the wind unless it is a void dismissal.

Please do not hesitate to contact the Spanish Labour Lawyers and professional advisers of Arcos & Lamers Asociados. Arcos & Lamers Asociados is a Spanish Law firm acting on behalf of institutions and/or individuals who have the need of Spanish Legal advice, Spanish labour advise, Spanish accountancy and company advise and Fiscal representations.This Spanish Law firm is formed by  Spanish company lawyers, tax advisers, property lawyers, litigation lawyers and Accountants in Marbella.

Approach, Arcos & Lamers Asociados, your Spanish lawyer in Marbella, for your initial free consultation!. We are active not only in Marbella, Málaga, Costa del Sol but providing services to the whole Spanish territory. 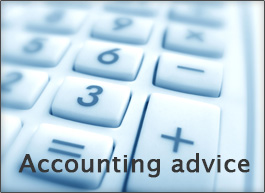 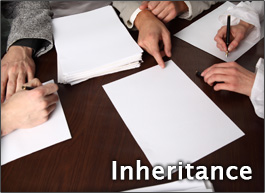